Internazionale Milano have won the 72nd edition of the Otten Cup after a penalty shootout against host PSV U19. The Italians retained their title and if they succeed in winning the Otten Cup for the third time in succession next year, they will the proud owners of the coveted Cup.

Internazionale shared honours with RSC Anderlecht in a 1-1 draw in their Group A opening game on Friday. They played out a stalemate drag against Red Bull Brasil in their second Group A game on Saturday and scored a late goal against Everton FC to secure a 2-1 victory. Finishing second in their Group, they booked a place in the semi-final.

They faced Barcelona in the first semi-final tie on Sunday. The Catalans enjoyed the bulk of possession but the Italians took the lead. Barcelona scored an equaliser but Inter’s striker headed home the winner in the closing stages and Internazionale progressed to the final. 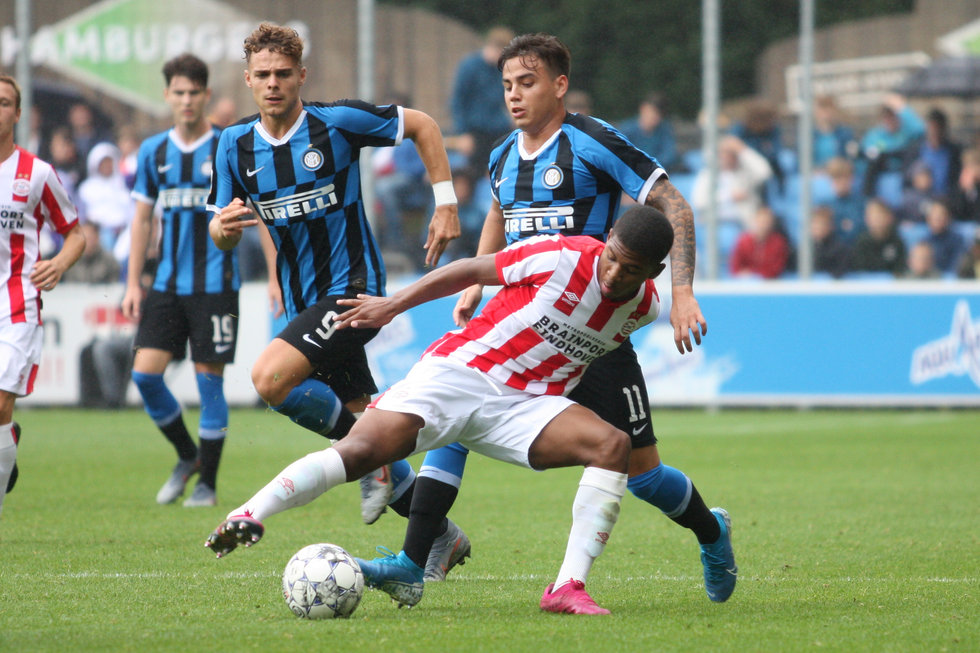 They met host PSV in the 2019 Otten Cup final. Ruud van Nistelrooy’s team started brightly, pressing high on the pitch. Both teams had one decent chance in the first period but at half-time it was still 0-0.
Jeremy Antonisse broke the deadlock, but out of the blue Vergani netted an equaliser. The match went into penalties, just like in 2017, and the Italians won the penalty shootout (4-2) to win the 2019 Otten Cup